2BHK & 3BHK flats in Noida are in huge demand by home-buyers, who are looking for a greener environment, high-end amenities at affordable prices.

Noida is widely known as an end-user market with mid-range pricing.

Flats in Noida are generally being picked by those who are looking for a better lifestyle and not for investment.

Nowadays, perception is changing, and people are showing considerable interest in buying flats in Noida to have a better living experience as well as for investment.

Such a change in perception is seen due to rapid development occurring in this area. The region has witnessed significant infrastructural developments. Several multi-national companies like TATA Consultancies, Adobe, Birlasoft, Cognizant Technology, KPMG, and many others have occupied spaces here generating opportunities for end-users and investors.

The demand for flats in Noida is riding high owing to its connectivity via a 25-kilometer long expressway connecting Delhi with Noida, Greater Noida further towards Yamuna Expressway.

Commencement of construction work of Noida Greenfield International Airport near Jewar Town, on Yamuna Expressway, extended subway, road connectivity, etc have also given impetus to the demand of 2BHK & 3BHK flats in Noida.

Exceptional connectivity and continuous infrastructure upgrades have led to rapid demand for flats in Noida.

In a bid to push the Budget housing, the government of India has announced the extension of Tax holiday up to March 2022. This is the reason why the developers like Oasis Group and SDS Group are offering budget flats.

On the other hand, the government has also announced the extension of credit-linked subsidy schemes that make the price of the budget flats more attractive for the buyers.

It is high time to own your home within your budget.

Affordable housing is fast taking center stage in India and especially in Delhi-NCR. Post pandemic, the need for possession of flats in Noida has developed an interest in affordable ready-to-move-in units. Along these lines, there is an opportune time to invest in the ready-to-move project.

The key driver for the rise in demand in this area is progressive urbanization. Along with the growth in urban population, increased income levels have led to a spike in demand for affordable housing with basic amenities.

Besides the requirements of Flats in Noida, Greater Noida depend on access to infrastructure, employment, education, etc.

With a location that is well connected to Noida, Greater Noida, Ghaziabad, Delhi, Oasis Venetia Heights is a dream destination for many at a pocket-friendly price.

According to analysis, the location of 130- meter Expressway is connected to all parts of Delhi NCR such as Noida, Greater Noida, Yamuna Expressway, Ghaziabad, Delhi. This is the reason why various builders are developing projects in this location.

If we look for the complete package Oasis Venetia Heights is the right choice in this location for the investor and buyers. Some factors are observed that make it a preferable choice like:

Ready for possession: Most of the other projects in this area are under construction while this project is ready for possession and it is more logical to shift in one’s own home than to pay rent that can be equivalent to one’s EMI. 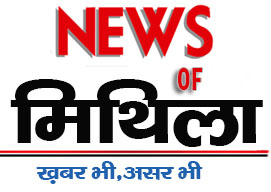